Why Poetry?
The Poetry Of Witness

I’m honored to have been invited to participate in the International Literary Festival in Reykjavik, in the company of the founders, trustees and winning poets of the Griffin Prize of Canada. It has been a lifelong dream of mine to come to Iceland. In childhood I had thought that Greenland, one of the largest countries in the world, must also be among the most important. I wondered why it was never in the nightly news. “It isn’t in the news,” my mother said, “because it’s covered with ice.”

However, there was another country nearby, not ice-covered, which, enchantingly, is wildly volcanic, where the earth fumes and sends up steam, where Icelandic horses run and some of the oldest poetry in the world was written and survives. That was enough for me as a young girl: horses and poetry. I was bound for Iceland. Fifty years later, here I am.

I was asked to give a poet’s address today on poetry, and so I thought to speak of an aspect of poetry dear to my heart.

For many years, I have been gathering what I have called “The Poetry of Witness,” in an effort to understand the impress of extremity upon the poetic imagination: what happens to the poets, and the languages of the poets, who have experienced warfare, military occupation, house arrest, forced exile, imprisonment and other forms of state imposed suffering? Many poets have endured these experiences during the twentieth and early twenty-first centuries throughout the world. As these poets were wounded, so, too, was their language, which also passed through violence, and I would argue that regardless of the content of their poems, this mark remains legible.

When I was asked to define a poet of witness by an editor in New York sixteen years ago, I told the story of Miklos Radnóti, foremost Hungarian poet of his generation, who, in 1944, was sent to do forced labor in what would become and now once was Yugoslavia. In the labor camp, the poet Radnóti was able to procure a notebook, into which he inscribed his last ten poems, as well as a message in Hungarian, Croatian, German, French and English:

… contains the poems of the Hungarian poet Miklos Radnóti … to Mr. Gyula Ortutay, Budapest University lecturer … Thank you in advance.

When it was clear that they would be defeated, the Germans decided to evacuate the camp and return the workers to Hungary. Radnóti, assuming that the first column would be the safest, volunteered for the march and recorded it in his poetry. Of more than two thousand men on this forced winter march, 22 survived, among them the poet Miklos Radnóti. Once in Hungary, the soldiers in charge, unable to find hospital rooms for these prisoners, took Radnóti and twenty-one others to a mass grave and executed them. However, the story does not end – as millions of such stories ended – with execution and the anonymity of a mass grave. After the war was over, Radnóti’s wife was among those who found and exhumed the grave in the village of Abda. Fanny Radnóti went from corpse to corpse, searching for her husband, and when she found his body, she went through the pockets of his coat, buried for two years, and retrieved a small notebook, in which he had written his final poems. She opened the notebook, and dried its pages in the sun. These are the poems I hoped to include in Against Forgetting.

In an interview, Adam Czerniawski tells the Polish poet Tadeusz Rozewicz that he is the poet who has recorded the time of terror, disaster and agony. To express this,” he says, “you have created a minimal poetry that has ranged itself against all poetry. For the last thirty years you have been running away from poetry. From the very beginning, you were saying that poetry is finished, that one could not be a poet in 1945,” a statement that echoes an oft-quoted and misunderstood proclamation from Theodor Adorno, that to write poetry after Auschwitz is barbaric. Rozewicz responded by saying that he was of two minds, one belonging to the poet who valued and read Eliot and Auden, and the other a realist, who said to himself “Listen, don’t take any notice of what people have been writing, don’t bother writing yourself, this happens to be your present situation, you are living through a particular time, confronting certain events. Throw everything away. If you can’t create a poetry that will be a new form of human existence, the whole effort is not worth a candle.”

Despite this crisis of disillusionment, Rozewicz found a language for his radical cri de coeur [cry of the heart] in a honed, spare, and as has been said, almost whispered lyric. “They tell me,” he said, “that my poems are as spontaneous as the cry of a terrified man – that I have uttered a cry of despair on behalf of a whole generation. Yes, I have uttered a cry, but before that I had worked upon the form that cry was to take.” His artistic rigor and discipline remained, and when asked about his seeming love-hate relationship with poetry, that is, the radical doubt to which he subjected everything, including his genre, he answered, “not just love and hate. There is also irony, sarcasm, contempt and indifference.” What he desired was a “poetry of absolute transparency, so that the dramatic material might be seen through the poem, just as in clear water you can see what is moving at the bottom … These are not philosophical poems,” he said, “they think with images.”

His compatriot, Zbigniew Herbert echoes this observation: “I avoid any commentary I keep a tight hold on my emotions I write about the facts … ” In his wakeful poems he too struggles toward a clear-eyed, dispassionate defense of morality and human dignity, creating as his survivor the figure of Mr. Cogito, perhaps a descendent of Valery’s M. Teste, but certainly a fellow sprung from Descartes, who admonished that we should begin by doubting everything. He believed poetry to be, quite literally, “a struggle for breath.” It is low-voiced in its proclamations, and yet it boldly calls for courage:

[tr. by John and Bogdana Carpenter]

It is as if Herbert feels that he has nothing with which to work, and makes of that nothing an instrument:

he wanted to make it
an instrument of compassion

he wanted to understand to the very
end

Wislawa Szymborska shares with her fellow poets an exacting scrutiny of the world, believing memory and imagination to have moral significance. She retrieves from the debris isolated moments and gestures, in perpetual wonder at the accident of being. She writes:

Why to excess then in one single person?
This one not that? and why am I here?
On a day that’s a Tuesday? In a house not a nest?
In skin not in scales? With a face not a leaf?
Why only once in my very own person?
Precisely on earth? Under this little star?
After so many eras of not being here?

She creates in her poems a different lyric self, not the “I” of the confessional lyric, or the autobiographical self but a more protean one, born of many deaths of the self, who invites us to regard the world along with her, a world so fragile that all within it may momentarily be consigned to oblivion.

In her 1996 Nobel acceptance lecture Szymborska proclaims: “Whatever inspiration is, it’s born from a continuous ‘I don’t know.’” Ideologues, she remarks, “always know. They don’t want to find out about anything else, since that might diminish the force of their arguments … Poets, if they are genuine, must always keep repeating, ‘I don’t know.’ Each poem marks an effort to answer this statement, but as soon as the final period hits the page, the poet begins to hesitate, starts to realize that this particular answer was pure makeshift, absolutely inadequate.” This hesitancy before the page is a species of necessary humility.

The Egyptian-born Jewish poet Edmond Jabès wrote, “To Adorno, the German philosopher, who has said that we cannot write after Auschwitz, I say that we must write. But we cannot write like before.” Adorno himself later acknowledging that “the abundance of suffering tolerates no forgetting … this suffering … is consciousness of adversity … [and] demands the continued existence of art while it prohibits it; it is now virtually in art alone that suffering can still find its own voice, consolation, without immediately being betrayed by it. The most important artists of the age have realized this.”

Reaching adulthood at the beginning of the Nazi occupation of Poland, it is possible that these three poets did not survive as the selves they may once have become. Adorno speculates that such people “will be plagued by dreams such as that he is no longer living at all, that he was sent to the ovens in 1944 and his whole existence since has been imaginary, an emanation of the insane wish of a man killed twenty years earlier.” They swerved from the realm of dreams, however, for a clear-eyed appraisal of their milieu, and pared their poetry to a chiseled language in which moments are isolated and preserved, the lost and forgotten are attended, previous knowledge is unsettled, and memory and imagination have moral significance.

The patient heroism of such work is never futile nor without consequence. I am guided in this by Hannah Arendt’s meditation on the self-justifications of collaboration with oppression, on the claim that the resistance of the single individual does not count in the face of the annihilating superiority of totalitarian regimes which make all resistance disappear into “holes of oblivion”:

The holes of oblivion do not exist. Nothing human is that perfect and there are simply too many people in the world to make oblivion possible. One man will always be left alive to tell the story, the lesson of such stories is simple and within everybody’s grasp. Politically speaking, it is that under conditions of terror, most people will comply but some people will not … Humanly speaking, no more is required, and no more can reasonably be asked, for this planet to remain a place fit for human habitation.

These poets would not comply, and they are among those who make living on earth into the present possible. “History teaches us,” Herbert has written, “that nations and their achievements can be destroyed in an almost total manner. During the war I saw the fire of a library. The same fire was devouring wise and stupid books, good and bad. Then I understood that it is nihilism which menaces culture the most. Nihilism of fire, stupidity, and hatred.” All of these are in abundant world supply in the early twenty-first century, and so we must be vigilant, aware of the fragility of civilizations and cultures.

Almost one hundred years ago, the poet Paul Valery wrote:

We were aware that the visible earth is made of ashes, and that ashes signify something … And we see now that the abyss of history is deep enough to hold us all. We are aware that a civilization has the same fragility as a life … Everything has not been lost, but everything has sensed that it might perish.

This is what I would like to say, in this most mysterious of lands, where the earth whispers from its depths and poets from all over the world gather: this is what is at stake in poetry, and this is part of the knowledge poetry engenders and protects. 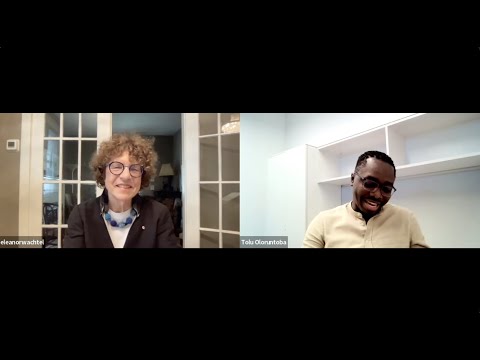 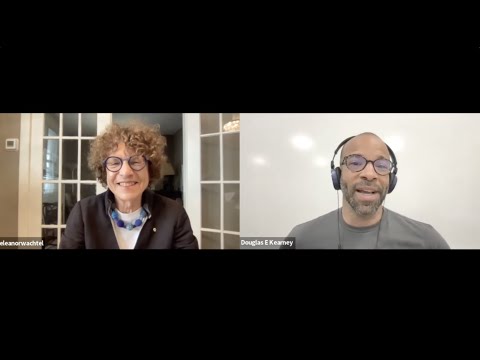 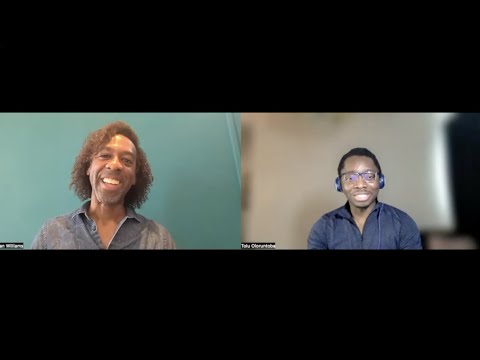 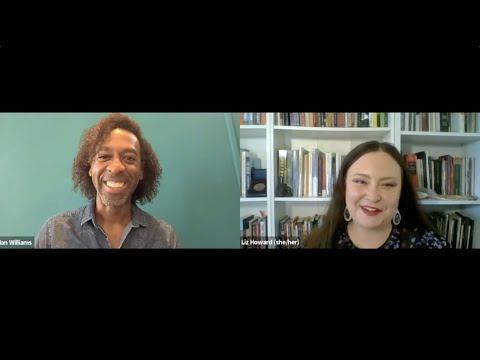