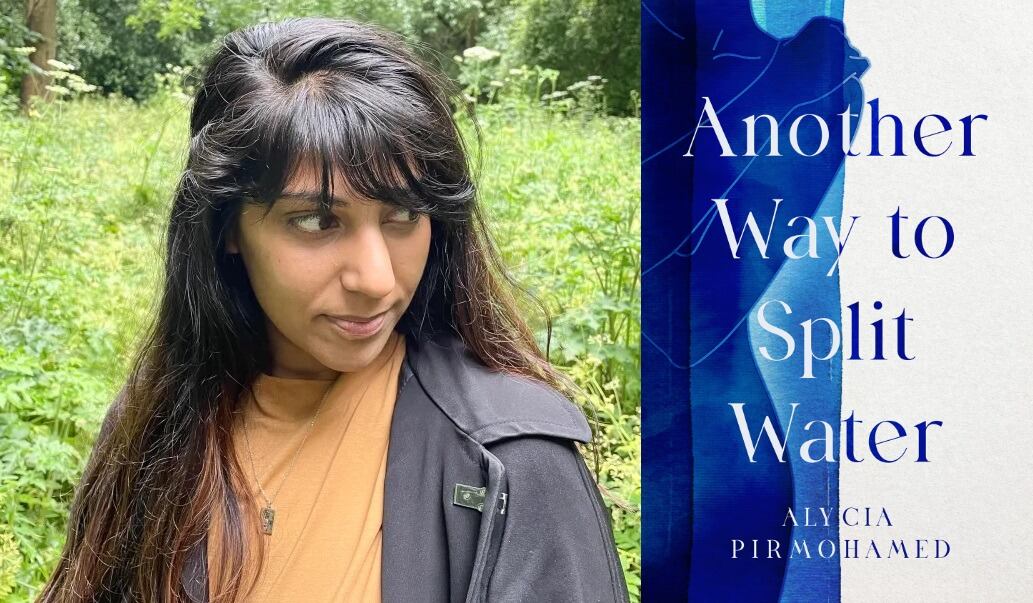 Join us for the launch of Another Way to Split Water by Alycia Pirmohamed (CBC Poetry Prize Winner) with Pratyusha and Nina Mingya Powles.

In Alycia Pirmohamed’s debut poetry collection, a woman’s body expands and contracts across the page, fog uncoils at the fringes of a forest, and water in all its forms cascades into metaphors of longing and separation just as often as it signals inheritance, revival, and recuperation. These poems are a lyrical exploration of how ancestral memory reforms and transforms throughout generations, through stories told and retold, imagined and reimagined. It is a meditation on womanhood, belonging, faith, intimacy, and the natural world.

Pratyusha is an Indo-Swiss writer. Her latest pamphlet, Bulbul Calling, was released with Bitter Melon in 2020. She co-edits amberflora.

Nina Mingya Powles is the author of three poetry collections, including Magnolia, 木蘭, which was shortlisted for both the Ondaatje Prize and the Forward Prize; and Tiny Moons: A Year of Eating in Shanghai. In 2019 she won the Nan Shepherd Prize for Small Bodies of Water, and in 2018 she won the Women Poets’ Prize. She is the founding editor of Bitter Melon. Nina was born in Aotearoa, partly grew up in China, and now lives in London.