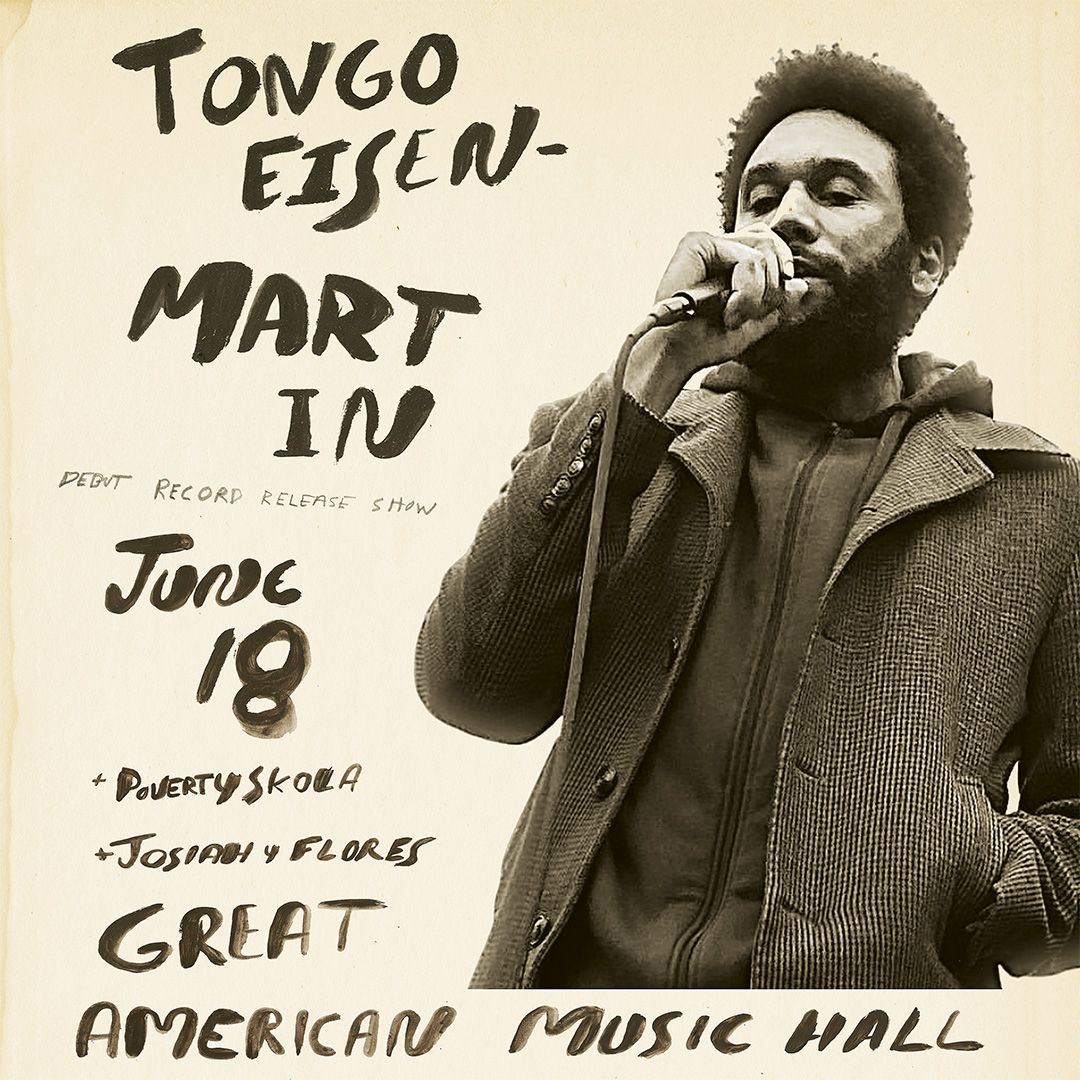 Celebrating the release of “I Go To The Railroad Tracks And Follow Them To The Station Of My Enemies”, the extraordinary debut recorded work of one of the most acclaimed young poets of our time.

Released by SF’s own Rocks In Your Head Records, this landmark release is poised to become a legendary debut by a powerful, once in a generation, talent.