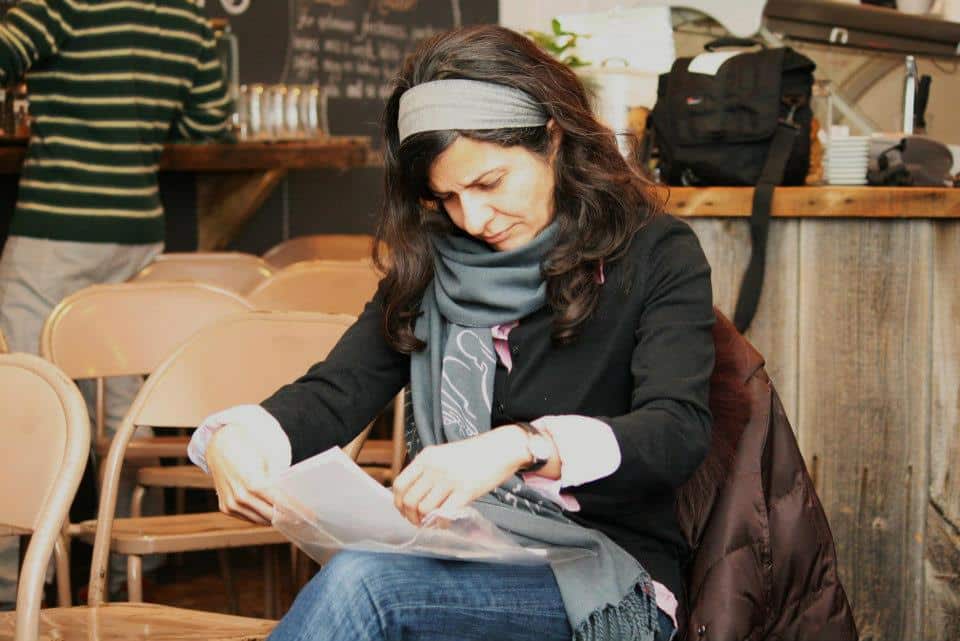 The Writing Circle is a drop-in session for writers of all genres and languages to work on their writing at any stage of development, whether writing a first draft, revision or editing, or even submitting to publications. It is open to writers from the University of Alberta, as well as the Edmonton / Canadian / international writing community.

Bring your writing instruments, pen and paper, laptop, and/or other electronic devices to the Humanities Centre, Room 4-59 (Creative Writing Room) on Tuesdays from 1:00 to 3:00pm MT.

Hosted by Bänoo Zan, Writer-in-Residence at the University of Alberta, Department of English and Film Studies.

Bänoo Zan is a self-exiled poet, librettist, translator, teacher, editor and poetry curator, with numerous published pieces and three books. Songs of Exile was shortlisted for Gerald Lampert Memorial Award. Letters to My Father was published in 2017. She uses symbolism, oxymoron and allusions to myth, religion, and culture and has been called a political, metaphysical, and spiritual poet. Zan has been influenced by classic and contemporary Persian poets as well as their counterparts in English, including Hafez, Rumi, Forough Farrokhzad, Ahmad Shamlou, Sohrab Sepehri, Shakespeare, John Donne, Sylvia Plath, and Adrienne Rich. She is the founder of Shab-e She’r (Poetry Night), Toronto’s most diverse poetry reading and open mic series (inception: 2012). A contract faculty member at Centennial College, she teaches ESL and English to international and domestic students. Bänoo is the current Writer-in-Residence at the University of Alberta in Edmonton from September 2022 to May 2023.