When you set out to find your Northwest Passage

and cross to an empty region of the map

with a headlong desire to know what lies beyond,

sailing the thundering ice-fields on the ocean,

feeling her power move you from below;

when all summer the sun’s hypnotic eye

won’t blink, and the season slowly passes, an endless

dream in which you’re forever diving into pools,

fame’s image forever rising up to meet you;

when the fall comes, at last, triumphantly,

and your Terror and Erebus freeze in the crushing floes;

in that long winter night among the steeples

of jagged ice, and the infinite, empty plain of wind and snow,

when the sea refuses to be reborn in spring,

three winters pass without a thaw, and the men,

far from their wives and children, far from God,

are murdering one another over cards;

when blue gums, colic, paralysis of the wrists

come creeping indiscriminately among you;

and you leave the ships, and set out on the ice,

dragging the lifeboats behind, loaded

with mirrors and soap, slippers and clocks,

into the starlit body of the night,

with your terrible desire to know what lies beyond;

then, half-mad, snow blind, even then,

before you kill the ones who’ve drawn the fatal lots,

and take your ghastly communion in the snow,

may you stumble at last upon some band of Inuit

hauling their catch of seal across the ice,

and see how foolish you have been:

forcing your way by will across a land

that can’t be forced, but must be understood,

toward a passage just now breaking up within. 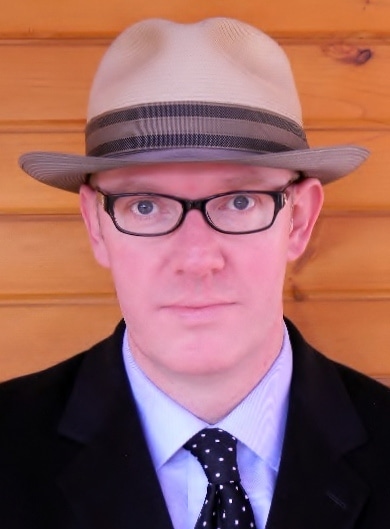 The bulk of the poem delineates details – many well known, but many freshly articulated – of the…

The bulk of the poem delineates details – many well known, but many freshly articulated – of the ill-fated Franklin Expedition. The mysteries and fateful culmination of that expedition have fascinated historians, geographers, scientists, storytellers, artists and more, from John Geiger and Mordecai Richler to Margaret Atwood, Stan Rogers and recently, Ed O’Loughlin in the Giller Prize shortlisted novel Minds of Winter.

The poem is framed, however, with a couple of propositional phrases that change the entire context.

“When you set out to find”

“may you stumble at last”

Those phrases put everything in between – all the intriguing details of what went so tragically wrong, rolled out in steady couplets – in the service of something the exact opposite. Those wretched circumstances are entirely avoidable if you (and yes, “you” are addressed directly at the outset) can just

“see how foolish you have been”

In the Poetry Daily Critique in 2013, A.E.M. Baumann examined in beautiful and wise detail how Pollock makes use of this historical event to such telling effect, commenting and concluding:

Here, in great effect, everything melds into a single energy, a poem that is about ideas that both are fed by and feed ideas, that does not rely on abutment to connect.

… while the historical reality of the Franklin Expedition does function within the ideation of the poem, that reality, that truth, is subordinate to the modality of the poem as a whole, which is not about truth, but about ideas.

Pollock’s poem cleverly uses history to pointedly illustrate how one can rewrite one’s own history before it unfolds.