she left for Australia a couple of years ago

with five hundred bucks and a backpack

did a stint washing paintbrushes for an artist

eventually posing for him while his wife baked gingersnaps

her gift is that the wife didn't mind

couldn't blame her husband for wanting to sketch

the beautiful sister    was a bit in love herself

she called us Christmas Day

I held the phone between ear and shoulder

as I peeled potatoes and checked the turkey

it was Boxing Day in Melbourne

how Star Trek I said

I was laughing until my husband rolled his eyes

and then I stopped

I thought how fitting it was

to speak to the beautiful sister from the future

I asked her for an inside tip    tomorrow's lottery numbers

thought maybe I would throw these fucking potatoes

in the garbage or better yet just leave them

on the counter to brown and rot

walk out the door jump on a plane

get the hell out of here 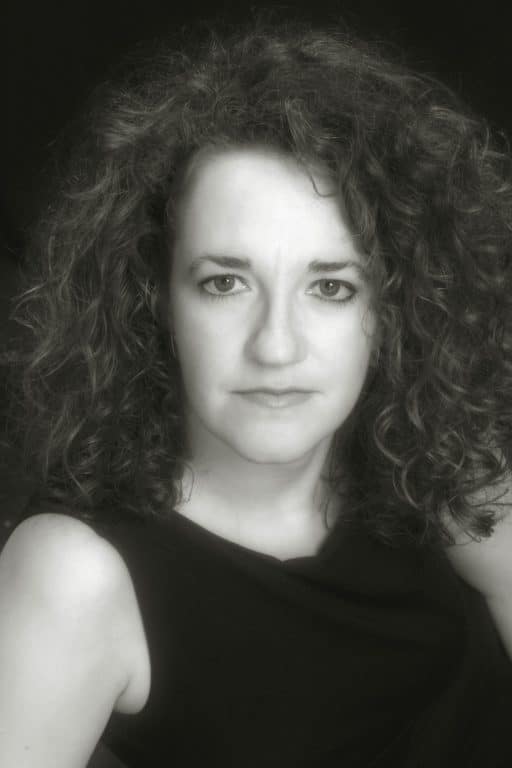 Isn’t it interesting when a poem provokes an unrelated thought that ends up being kind of related after all? Follow along with your humble Poem of the Week taker of notes and see how that happened with “sister from the future” from Leslie Greentree’s 2004 Griffin Poetry Prize shortlisted collection go-go dancing for Elvis.

Isn’t it interesting when a poem provokes an unrelated thought that ends up being kind of related after all? Follow along with your humble Poem of the Week taker of notes and see how that happened with “sister from the future” from Leslie Greentree’s 2004 Griffin Poetry Prize shortlisted collection go-go dancing for Elvis.

Greentree’s narrator is preparing dinner on December 25th / Christmas Day (in Canada, we assume) when she receives a phone call from her sister, who is in Australia and already enjoying the next day, December 26th / Boxing Day. (Boxing Day is observed in the United Kingdom and in countries historically connected to the UK.) In essence, Greentree’s narrator is living in the present, but in her sister’s past, but her sister is living in the narrator’s future. Star Trek, indeed!

Not only is the sister calling from the future, but it sure sounds like she’s been having fun and making adventures out of what would be mundane if she wasn’t out there in Australia, in the future. The future sounds perfect, in fact – doesn’t it? That’s when this Poem of the Week taker of notes starting thinking about verb tenses, as one does. The future perfect, to be precise: a verb tense used for actions that will be completed before some other point in the future.

Neither the present nor the future seem perfect in the narrator’s tense (see what we did there?) kitchen …

followed quite vehemently by …

“thought maybe I would throw these fucking potatoes
in the garbage”

That “would” gives pause, however. Will she or won’t she throw those potatoes – and everything they symbolize – in the garbage? This thorough breakdown of “will” and “would” – not to mention the coupling with “maybe” – suggests that the disgusted disposal of the potatoes might be hypothetical and might not really happen.

But that tentative “would” is followed by further mounting anger, so maybe (maybe!) the potential and blithe optimism of the future in which her sister basks gives this narrator the will (the noun, but also the verb!) to toss away her tense present.