He has to bray.

To pull his rope leash in the light.

He did it again in the black-blue sky

He has to fucking bray

Because he is alive

I asked Fadwa what

It had hooked my bad ear and what

She said is it meant

And then Manuela said my buns were horns

Gave me a course

Making our soul of a fitness enough

But not enough to 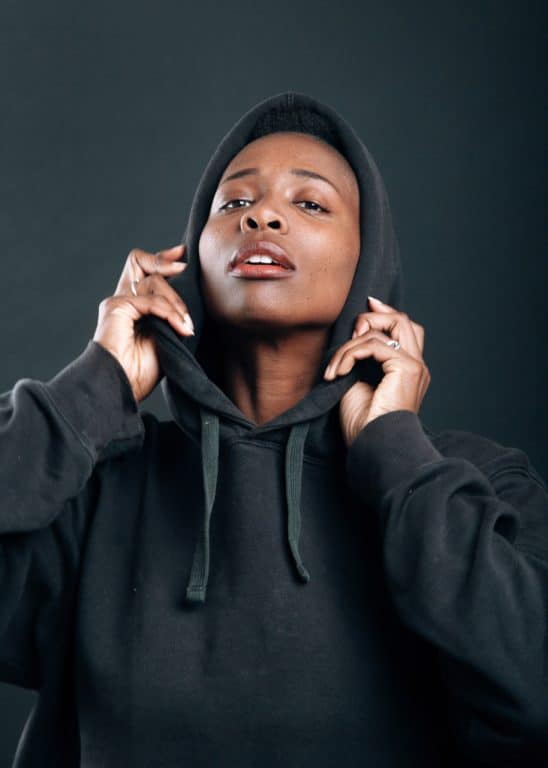 The poem “The goat” is an excellent example of the unique ways in which Aisha Sasha John draws the reader into her experiences in her 2018 Griffin Poetry Prize shortlisted collection I have to live.

The poem “The goat” is an excellent example of the unique ways in which Aisha Sasha John draws the reader into her experiences in her 2018 Griffin Poetry Prize shortlisted collection I have to live.

(You can read the full review Williams mentions in his introduction here.)

Williams remarks on the power of Aisha Sasha John’s use of declarative sentences. If, in real life, someone spoke to you almost exclusively in this fashion, it might quickly become off-putting. The speaker would come across as too focused on self, with no inclusive or at least polite interest in you or others. In poems like “The goat”, the narrator balances her own story and observations with that of a goat who

“has to fucking bray
Because he is alive
And
Tied up.”

That this might be a justification for the narrator’s own tendencies, but that justification is illustrated with this creature, couches it with both acute, even harsh awareness and humility, and maybe even a bit of self-deprecating humour.

The use of proper names in the poem adds a layer of specificity and intimacy to the poem – it’s as if we’re invited to listen in on the narrator’s conversations with her friends – yet simultaneously it excludes us, as we don’t necessarily know who Fadwa and Manuela are. Similarly, the French/English mash-up with which she closes the poem suggests she is simultaneously striving to make her contentions clear, but maybe also striving to obscure them just a bit. What does she mean by

“To scorn you
But not enough to
Not scorn you –
D’accord?”

We are indeed drawn in and intrigued, even though we don’t know for certain if she wants to bring us closer or keep us at arms’ length.