I remember the death, in Russia,

with hemp for strapping...

were even printed during famine—

so when they vanished, so did the whole

the Berlin Wall, tanks from Afghanistan,

and Ceausescu’s bride before a firing squad.

It had begun with the character of Yuri Zhivago

in a frozen wilderness, the summer house

of his dead in-laws, his

with flames dancing around a broken chair, piano keys,

and the gardener’s long black underwear.

coming by sleigh to collect her for the dangers

of a near arctic escape...

But for Yuri, not that long ago, he was

of poems in France, he was writing

now at a cold desk

poems against all experience

and for love of a woman buried

in moth-eaten furs on the floor—

wolves out along the green tree line

howled at him. The author of this novel,

Boris Pasternak, arranged it all. Stalin would

have liked to have killed him. But superstition kept him from it.

So, the daughter of Pasternak’s mistress eventually

is walking with a candle

through a prison basement—

she is stepping over acres of twisted corpses

hoping to locate her vanished mother ...

she thinks this reminds her of edging slowly

over the crust on a very deep snow, just a child who believes

she is about to be swallowed by the purity of it all, 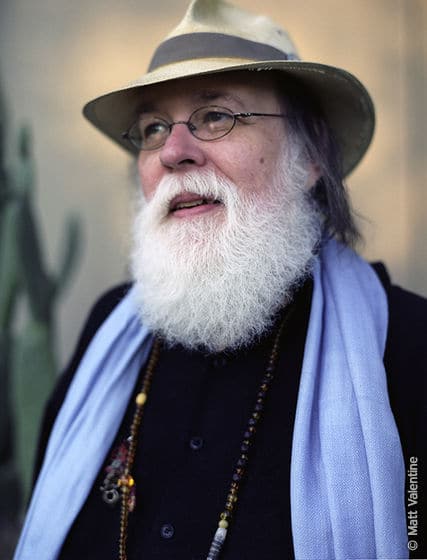 Norman Dubie uses “The Novel As Manuscript” to provide crisp insight into forms of poetic inspiration, useful for those who love poetry and for those who might aspire to create it themselves. Let’s take a look at how he does this in this selection from his 2016 Griffin Poetry Prize winning collection, The Quotations of…

Norman Dubie uses “The Novel As Manuscript” to provide crisp insight into forms of poetic inspiration, useful for those who love poetry and for those who might aspire to create it themselves. Let’s take a look at how he does this in this selection from his 2016 Griffin Poetry Prize winning collection, The Quotations of Bone.

The poem’s title is our first signpost. We’re ready to decipher from the clues provided which novel Dubie will reference in this poem. We’re also ready to figure out how the novel – as a form and as a specific work, in this case Boris Pasternak’s Doctor Zhivago – is a manuscript or roadmap for something else yet envisioned.

The poem’s subtitle – An ars poetica – is our second signpost. With those words, Dubie informs us that he is going to scrutinize “The Art of Poetry”, and we can guess that it will be both in broad, philsophical and in personal, individual terms. The Academy of American Poets offers an overview of this poetic term, including excellent classical and contemporary examples. There is much fodder here for understanding expectations for how poetry is crafted, and for what poets must demand of themselves.

As we proceed from this signpost into the poem itself, we discover that Dubie is contemplating Pasternak, Pasternak’s novel and the novel’s protagonist as opportunities to mine the rich veins of other’s artistic inspiration to fire other artistry, from the novelist, the novel, and a character who is also a writer, to this poet and his poetry. Dubie is engaging in the practice of ekphrasis, whereby a poem uses as its departure point and expands upon the themes and meanings evoked by an artwork from another form. (Most recently, we enjoyed a series of ekphrastic poems in 2019 Griffin Poetry Prize winning collection Quarrels by Eve Joseph, where Joseph’s poems responded to images from the work of American photographer Diane Arbus.)

We’re reminded that in praising Dubie’s The Quotations of Bone, the Griffin Poetry Prize judges observed that the energy with which Dubie effects the art of poetry itself “blurs the distinction between what is real because it once happened, and what is real because of the emphatic manner in which it has been felt.” So, even as Doctor Zhivago is a fictional work, Dubie’s consideration of and obvious feelings for the work bring it to palpable life. This is the life, he in turn advises, with which we should all approach our own work: