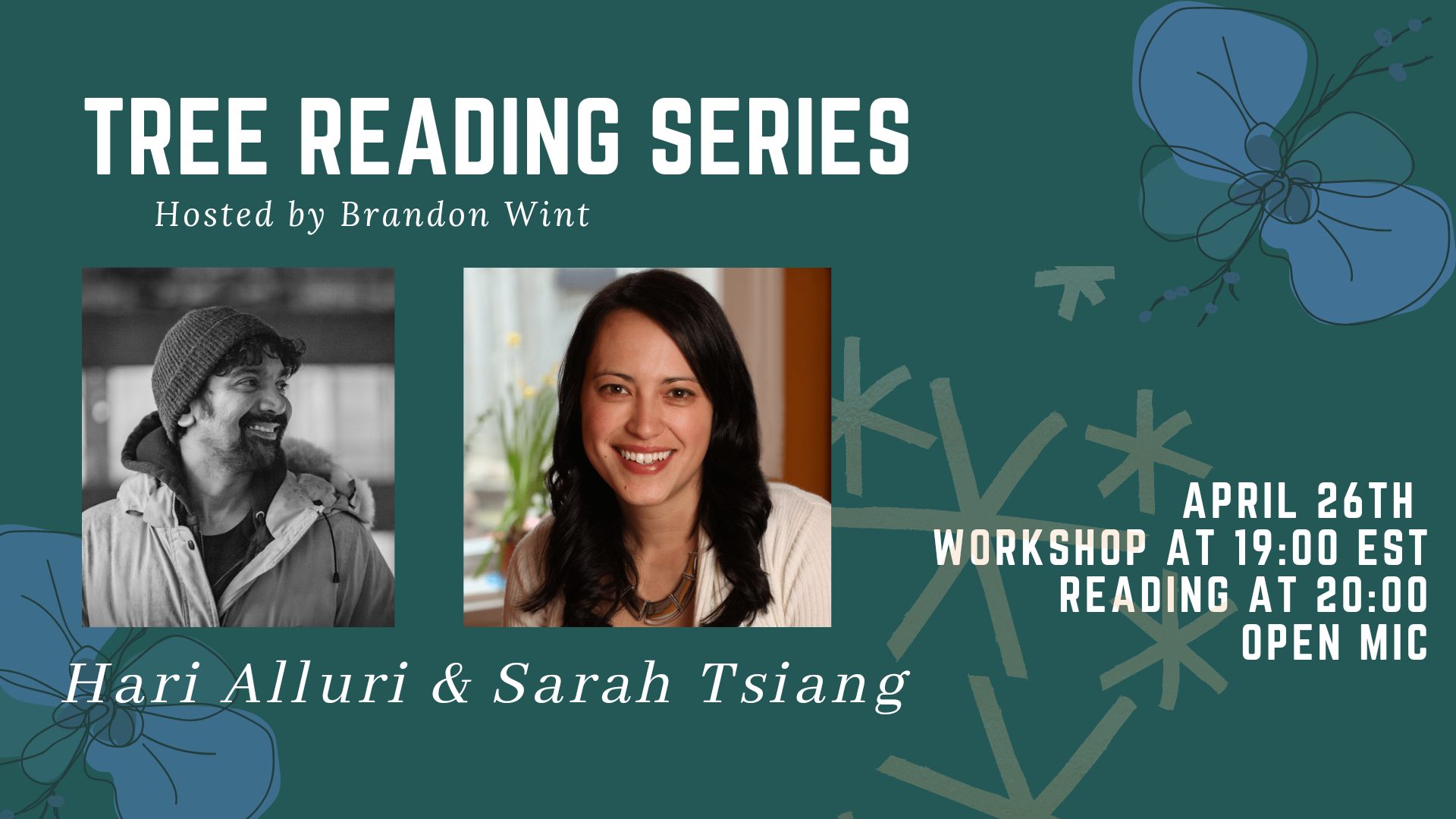 Sarah Yi-Mei Tsiang is the author of Grappling Hook with Palimpsest Press (2022), Status Update (2013), which was nominated for the Pat Lowther Award and the Gerald Lampert award winning Sweet Devilry (2011). She has been featured in Best of the Best Canadian Poetry and shortlisted for the CBC’s Poetry Prize. She is the Poetry Editor for Arc Poetry Magazine and the Creative Director of Poetry In Voice.

Hari Alluri (he/him/siya) is the author of The Flayed City (Kaya, 2017), Carving Ashes (CiCAC, 2013) and The Promise of Rust (Mouthfeel, 2016). A recipient of the Leonard A. Slade, Jr. Fellowship for Poets of Color and the Federico Moramarco Poetry International Teaching Prize, Alluri has also been awarded grants from the BC Arts Council, the Canada Council for the Arts, and the National Film Board of Canada. His work appears widely in anthologies, journals, and online venues including Poetry, PRISM International, and Split This Rock. He is a co-founding editor at Locked Horn Press, where he has co-edited Gendered & Written: Forums on Poetics and Read Water: An Anthology, among others. Hari immigrated to Vancouver—to the territories of the Musqueam, Squamish, and Tsleil-Waututh Peoples—at the age of twelve; after some years in the US, where he completed an MFA in Creative Writing from San Diego State University, he currently resides in New Westminster, on the traditional territory of the Qayqayt First Nation.