I read you first

In my atrocious Slavic accent,

From a battered, much-stained volume

I had bought earlier that day

In a second-hand bookstore on Fourth Avenue

Run by an initiate of the occult masters.

The little money I had being almost spent,

I walked the streets my nose in the book.

I sat in a dingy coffee shop

With last summer’s dead flies on the table.

The owner was an ex-sailor

Who had grown a huge hump on his back

While watching the rain, the empty street.

He was glad to have me sit and read.

He’d refill my cup with a liquid dark as river Styx.

Of rulers who neither see, nor feel, nor know;

Of graves from which a glorious Phantom may

Burst to illumine our tempestuous day.

Going to have my dinner

In a Chinese restaurant I knew so well.

It had a three-fingered waiter

Who’d bring my soup and rice each night

Without ever saying a word.

I never saw anyone else there.

The kitchen was separated by a curtain

Of glass beads which clicked faintly

Whenever the front door opened.

The front door opened that evening

To admit a pale little girl with glasses.

The poet spoke of the everlasting universe

Of things … of gleams of a remoter world

Which visit the soul in sleep …

Of a desert peopled by storms alone …

The streets were strewn with broken umbrellas

The bars on MacDougal Street were emptying.

There had been a fist fight.

A man leaned against a lamp post arms extended as if crucified,

The rain washing the blood off his face.

In a dimly lit side street,

A well-dressed man without any shoes

Asked me for money.

His eyes shone, he looked triumphant

Who had just struck a mortal blow.

How strange it all was … The world’s raffle

The yellowed volume of poetry

With its Splendors and Glooms

Which I studied by the light of storefronts:

Afraid of my small windowless room

Cold as a tomb of an infant emperor. 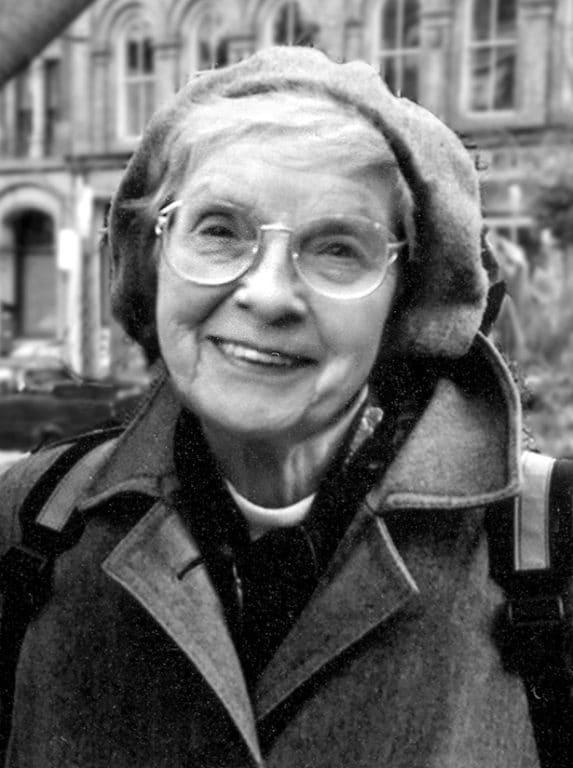